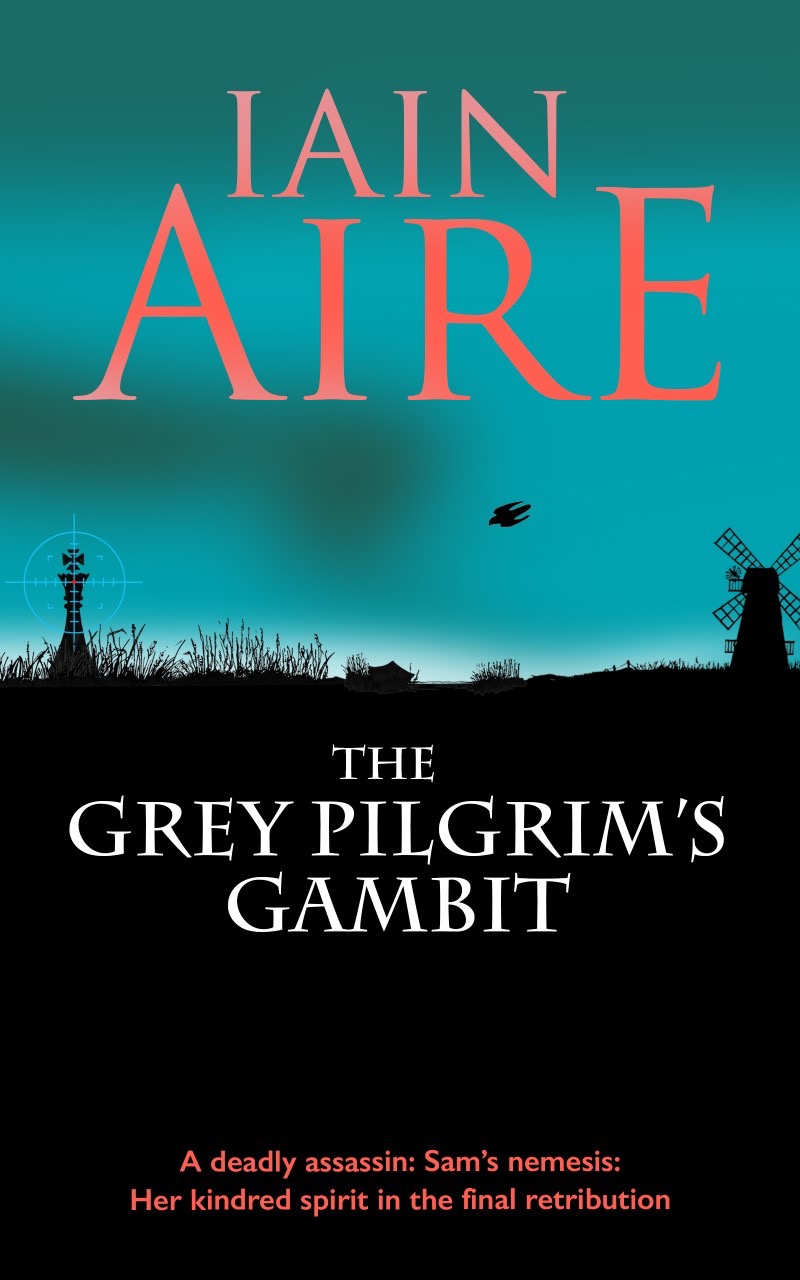 The Grey Pilgrim is deadly. A predator on the ground and in the air.

Detective Inspector Samantha Hawk's life is scarred by betrayal. Not only by what has been done to her but by the eventual revelation that she may have been the reason for her sister's murder.

The sisters relationship is complex. They were elder orphans estranged as a consequence of losing their father who had been their rock. Maddy is a supply teacher who comes to live with her detective sister in Norfolk; a contrived opportunity to rebuild their relationship but they are not prepared for the devastating repercussions.

The Grey Pilgrim’s Gambit is set in Norfolk where Sam and her sister have grown up. A region close enough to Europe for clandestine smuggling activity to go unnoticed and accessible to London and the South-East for subversive operations. It is set in the present day where the threat to society is destabilization from external threats.

Sam’s investigations threaten the antagonist's 14 days deadline for an unforgiving client. His response is the murder of Maddy in Thetford Forest.

Loyalty is tested to the extreme. DI Sam Hawk's troubled past - her character and personal loyalties - drive her relentless pursuit of the truth. It brings her into conflict with MI5 and compromises her commitment to the law and her police colleagues. To avenge Maddy's death, Sam is willing to kill for justice, despite the dire legal ramifications.